One of my favorite types of speculative fiction to read has definitely got to be Steampunk. I didn’t really get into it until a couple of years ago when a friend introduced me to Gail Carriger’s Parasol Protectorate series. And I’ve been a fan of the genre ever since. If the same is true for you, or if you’re just now testing out the Steampunk waters, there are a lot of great new releases heading your way this year.

I saw that the fine folks over at Carabas compiled a list of what to expect for the first half of 2015. Some of the books they’ve listed are already available for purchase, but others won’t come out until June. You can view their entire list or take a look below at some of the ones that I think look like they’re worth a read. 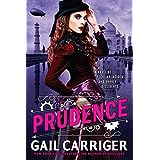 Carriger fans will be stoked to know that a new book has just been released. Prudence (The Custard Protocol) is a new series that looks to be just as entertaining as her previous books.

It was made available for sale on Amazon and other retailers just days ago.

Order your copy from Amazon here. 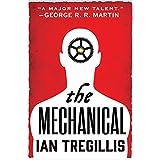 Released a bit earlier this month, The Mechanical (The Alchemy Wars) by author Ian Tregillis sounds like a Steampunk book like no other. It has gotten some great reviews thus far and seems incredibly interesting.

From what I had heard, the world building in this one is truly enthralling and I can’t wait to read it myself.

Give it a read yourself – buy it from Amazon. 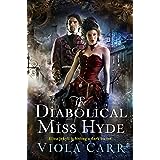 I am a sucker for any book that has a strong female character, and Viola Carr’s The Diabolical Miss Hyde: An Electric Empire Novel seems to be exactly my type of book. Though released last month in the United States, those in the United Kingdom had to wait until this month to give it read.

I love that it is a fresh, new take on the world of Jekyll and Hyde, and I think you might just might agree. Plus, the cover looks great, huh?

What are you waiting for? Buy it now on Amazon! 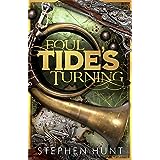 Stephen Hunt’s Foul Tides Turning looks like it has the potential to be a pretty good read.

Unfortunately, this cool looking new book won’t be available until late May 2015. And, sadly, that is only the paperback version. No word yet on when we can get the Kindle version.

But, you can pre-order your copy now on Amazon. 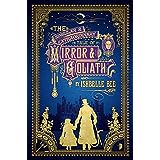 Out of all the books on the Carabas list, this one intrigues me the most. And I hate that it doesn’t come out until June 2, 2015!

The Singular and Extraordinary Tale of Mirror and Goliath by Ishbelle Bee seems to have a very in-depth plot that can really suck you into the story. I won’t spoil it for you, since it really grabbed me when I read it.

Did I spark your interest? Read the book’s description on Amazon here.

Any new Steampunk books that you’re excited about? Let us know!