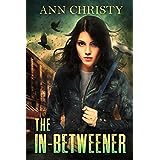 If you’re looking for a good young adult book with a unique take on the zombies genre, then Ann Christy’s Between Life and Death series might be just the kind of book that you need to read. I recently had a chance to read book one of the series, The In-Betweener, and found it to be a good zombie book without all the usual The Walking Dead style zombie storytelling.

I had no problem getting into this book, but then again, I am a big fan of the zombie genre. Overall, I think this is a solid read, but since it is part of a series the author did choose to leave it with a bit of a cliffhanger ending. However, for those of you who are impatient, like me, the second book of the series is already out on Amazon.

Before giving you my review, let me point out this book in Kindle format.

Please note that the review below contains minor spoilers.

I knew that I was in this one for the long haul when … the story starts and we learn that something has gone terribly awry in the world, but regular people are still out there. And, they are creating rag-tag families in an effort to stay alive together. At this point, you know it’s gonna be zombies (even if you didn’t know that before you started reading). But this opening scene really sets the tone for the rest of the book, so you know that things are kinda rough and tense out there, but these people are managing to make it, which is kind of a glimmer of hope. And you just gotta keep reading to see if they all make it okay.

Ranging in age from two-year-old Jon to the almost-grown Veronica, they watch without judgment, only hope. Sam wants nothing more than to have come home with too much food to carry, but it’s just not there to find anymore. He schools his expression in a way he hopes will appear as if there is food aplenty, just waiting to be found. They can’t know how bad it still is outside these safe walls. He won’t allow hope to be taken from them, too.

It’s almost all they have left.

Veronica opens the sack with eager hands and then gasps at the contents. Rice fills the bottom and packets of dry soup mix poke out of the top of the grains. “Can I cook it?” she asks, a little too eagerly.

“Of course! Let’s chow,” Sam answers and ruffles her hair.

Jeremy, the studious one, folds his book to his chest like a small professor disturbed during non-office hours. He clears his throat to get Sam’s attention.

Sam picks up Piper and she throws her arms around his neck. The simple pleasure she takes in giving and receiving affection is one of the only truly uncomplicated things in their lives.

“Yeah, Jeremy,” Sam says, and tickles Piper under her chin. Her eyes carry the typical cant of a Down’s syndrome child, and her words are sometimes a little blurry, but she’s always the bright light in his day and she’s managing things surprisingly well.

Shooting a glance Jeremy’s way to let him know that the time to talk about that would come later, he relents at the disappointed look on the boy’s face and gives him a single, tiny nod. That seems to be enough for Jeremy, because he grins and settles back down by the sliding glass door. The light streams through the thin sheet hung there and he can see to read. He has his books and favorite blankets there, almost like a nest that proclaims the area is his territory.

Penny, three years old and his little angel, bangs her blocks together and then knocks over the tower that she and Veronica had been building in the center of the main room. She laughs a high, pealing laugh and Sam puts Piper down to rush over to the spot where Penny is playing.

She hands him a blue block and puts her finger to her lips, her little-girl smile breaking out behind the stubby, dirty finger.

After the children are settled once more, the excitement of his return now passed, Sam goes to the kitchen to explain to Veronica what she must have already seen for herself. She’s bent over a cookie sheet and picking debris out of the grains of rice.

What surprised me about this book … was that it had some interesting science stuff in it, but that it wasn’t really overcomplicated. Sometimes sci fi authors forget to dumb down the science details for the rest of us, but not so with this book. It all seemed very technical, yet very understandable at the same time. I kept reading it and thinking, “wow, this type of science sounds entirely plausible.”

My favorite character … was actually Sam. We meet him at the beginning of the book and don’t see him again for a while. His transformation was shocking, but I also loved him for it. The moments when he seemed to be at war with himself were really interesting snippets of his character, which is probably why I liked him so much.

Final thoughts … this was actually a really great book. However, let’s talk about the ending for a moment, or lack thereof. This book doesn’t just end on a cliffhanger – it basically stops in the middle of a scene. I really hate that. In fact, it is normally enough to prevent me from reading any other books by the same author. That being said, I did really enjoy this book. And, book two is in Kindle Unlimited, which means that I technically don’t have to pay for it. So, I will be (grudgingly) reading book two of the series, but I do think it’s important to warn you about this severe cliffhanger ending before you get to the end of the book and are like “WTF??!!??” about it’s sudden stop.

If you’re interested in reading an extended excerpt of the book, visit the author’s site here.