Over the past month, I’ve seen a lot of new and interesting looking fantasy novels showing up online at Amazon. Unfortunately, I don’t have time to read them all, but I want to share some of the more interesting looking books that might appeal to you as well. So, take a look at the list below and see if you’ve missed any of these cool looking new fantasy novels that were released in May 2015. 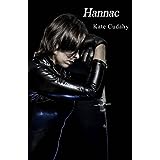 I am really excited about this book as it is the sequel to Hal, which I absolutely loved. Though I definitely plan on reading this one, I’ve not yet had the opportunity. However, I am going to assume that you need to read Hal before starting this one since it features the same characters. Do it – you won’t be disappointed.

Synopsis: Storm clouds gather over Hannac. Bruno Nérac will stop at nothing to get Meracad back, and has vowed to set the North ablaze in revenge. Will Hal and Meracad’s love overcome such fearsome odds? Find out as the story concludes in Hannac, the sequel to Hal. 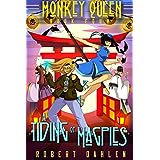 I don’t really know much about this author or this book series, but it looks like a lot of fun. Initially the cover made me think that it is a comic book, but it’s actually not. So, expect a short book – it comes it at around 140 pages for Kindle.

Pick up a copy from Amazon in Kindle or paperback format.

Synopsis: “One for sorrow, two for joy.”

When Jiao, a princess from Faerie’s Far Lands, comes to the Wonderland Diner and Tavern looking for help, it’s showtime for the Monkey Queen! Michiko and her best friend, Beth McGill, have to rescue the princess’ boyfriend from the minions of a scheming warlord, and then race against time and fend off goblins, ogres and monsters to fulfill a prophecy.

But Michiko has been hiding something from everyone, even Beth, and no secret is forever. And when that secret is revealed…

Everything will change for Michiko and Beth.

The Lady in Blue: A Grunge Gods and Graveyards Mystery by Kimberly G. Giarratano 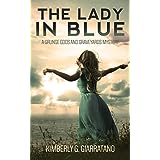 This one is more of a supernatural type of fantasy book, if that is your thing. Oh, and it’s also a mystery. The book cover is what instantly drew me to this one, plus the series name is pretty cool.

Synopsis:
The Lady in Blue stole a car and fled Ash.
Out on Devlin Road she emerged from a crash.
She wandered the woods with her head dripping blood.
Then drowned in the river in water and mud.

All her life criminology student Liz Bloom has heard this rhyme, meant to scare young campers. When she’s about to take on her first cold case, Liz learns the eerie song is about her great aunt Lana. Liz isn’t big on studying, but she does have one advantage most criminologists don’t — she can speak to the dead.

In 1955, Lana Bloom was an eighteen-year-old beauty with Hollywood dreams who fell in love with a stranger. When Lana died in a bloody car crash, all signs pointed to the mysterious man who was never seen again.

As Lana unravels the details surrounding her last week of life, the tale she weaves for Liz is one of desire, betrayal, and murder. But if Lana can’t identify her killer, not only will a murderer escape punishment, but her ghostly form will cease to exist. And Liz will have failed the most important assignment of all – family. 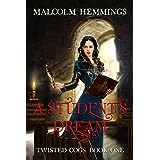 The original cover for this book caught my attention because it had a very steampunk vibe to it, which is not the case for the new cover that you see pictured. Even then, the book does seem like a fun read with some magic and steampunk elements to it.

Synopsis: It is the turn of the 16th Century, and the world has entered a golden age of art, invention, and architecture. This renaissance of literature and learning in Europa is suddenly thrown into overdrive when a chosen few “Stormtouched” begin displaying supernatural abilities. Torn between the age’s burgeoning love of science and the dark promises of magic, Europa has become a powder-keg of clockwork and sorcery.

Elena Lucciano doesn’t care about increasing mankind’s knowledge or exploring the mysterious workings of magic. Even though she herself is Stormtouched, Elena doesn’t have high ambitions. All she wants is for her mother to be proud of her, for her teacher to accept her, and to become one of the best artists in all of Italoza, content to ignore all thoughts of science and magic.

Unfortunately for Elena, the tides of invention and magic are sometimes not content to ignore those who ignore them… 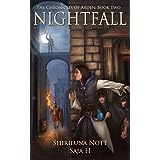 This is Book Two of the epic fantasy series Chronicles of Arden, which features LGBT characters (if that matters to you). It seems like a pretty cool series that is classic epic fantasy, though I have yet to give it a read myself.

Synopsis: Gibben Nemesio thought his life was over the day he received a conscription notice demanding he train to be a soldier. When he left his home for Silver City, he never expected he’d thwart a terrible plot to murder the King and become an overnight hero—and he definitely hadn’t expected to find love in the form of a handsome mage trainee named Joel.

Three years later, Gib has fought his way from lowborn farmer to hold the coveted position as understudy to the seneschal. Despite heightening tensions between the King and High Council and the rumors of impending war still terrorizing the people of Arden, Gib finds solace in the company of his wise mentor, loyal friends, and beloved companion.

But with the arrival of an ominous message from a powerful enemy in the north, Gib quickly realizes peace is fleeting in a world where chaos lurks in every shadow, and treacherous forces—from both outside the country and within—threaten to destroy everything he holds dear. 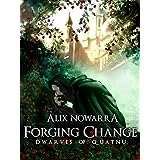 This is another LGBT fantasy book. Like the book listed above, this one also features a M/M pairing. At around 80 pages on Kindle device, this one is a pretty short read if you’re looking for something to read on your lunch break or commute.

Synopsis: Ostracized and shunned, due to a mysterious illness that has left him in constant pain and with a limp, Elin, crown prince of the dwarven kingdom Quatnu doesn’t believe he has much of a future left.

When he’s ordered to attend a celebration for the safe return of the Diamond Warband, all he wants to do is catch a glimpse of Valodym, Captain of the warband and the dwarf he still loves. Just to make sure that Valodym has returned safely from the mission that many considered suicidal.

Valodym though? Is not the kind of dwarf who gives up so easily, especially not when there’s something worth fighting for. Like Elin, their happiness, and their future.

The Mages of Bennamore by Pauline M. Ross 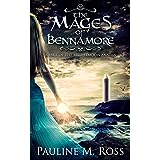 This is another fantasy book with a cover that immediately caught my attention this month. It looks very Arthurian in nature (maybe it’s just the font on the cover!) and I was eager to check it out as soon as I saw it.

Synopsis: A fragile peace. A clash of magic. A woman with secrets.

The war between Bennamore and the coastal region was over almost before it began. But the uniquely powerful mage who forged the alliance is dead, and the coastal folk are restless. Now the victors are bringing their spellcraft to the Port Holdings, unaware that the locals have their own less conspicuous magical ability.

Fen’s new job with the mages of Bennamore seems pleasant enough, but their powers threaten to expose her shady little habits. And then she can’t shake off the attentions of the flirtatious and uneducated guard, Mal. Nothing, it seems, will deter him.

The mysterious disappearance of a mage uncovers a dragon’s nest of deceit. Mal needs Fen’s help to figure it out, but she has divided loyalties and her past drags everyone into the middle of a violent conspiracy. Yet she may be the only one who can stand between the two countries, and stop them plunging back into a war which, this time, would destroy all of them.

The Sea Calls My Name by Hollis Shiloh 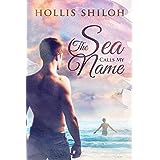 Here we have another entry for LGBT fantasy book fans who enjoy a M/M pairing. I first noticed this book as I thought it was a romance novel that was miscategorized as fantasy! It actually is a YA fantasy story with magic and mermaids (mer-men?).

Grab your copy of this book from Amazon.

Synopsis: He lost his magic. How?

Returning to the bookstore by the sea, Daniel worries about how to tell his father that the money he saved to send his gifted son to magic school was a waste.

Daniel buries his secret under the pretense of coming home for a vacation. Then he meets Leaf Springfield, a beautiful young man who’s been systematically beaten down by his uncle.

Irresistibly drawn to one another, they learn they share more than a love for raw fish and the ocean—both have lost a mother, and their ties to the ocean may be more fantastic than they can imagine.

Passion explodes between the two. It terrifies Daniel how quickly his feelings for Leaf grow. There may be more here than meets the eye—about both of them.