It’s only been a little over two years since I first discovered Steampunk and I’ve been reading books of this genre whenever I can. But at the time, I was under the impression that steampunk books would either be set in Victorian times – complete with fancy Victorian-style speak – or in the American Wild West. And, the world would be chock full of all sorts of cool gadgets and devices that were steam-powered. Even the Ministry of Peculiar Occurences says that steampunk is set in the 1800s and involves modern tech devices that are powered by steam. As I have been reading more and more books that are categorized as “Steampunk” on Amazon, I am seeing a lot of deviation from what I thought were the core defining characteristics of the genre. So, has the meaning of steampunk expanded or are authors taking more and more creative liberties? 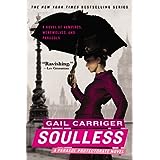 It stands to reason that if your story is set in the 1800s, that the vocabulary of the characters would be century-appropriate, yes? Recently, an author asked if steampunk readers preferred dialogue from that time period. Many mention preferring a strong Victorian style, while others tend toward more of a light mix of modern and Victorian.

For me, I am not really hung up on the style of speak for the characters in a story as long as the dialogue actually fits the world created. But, that being said, I would have to point to Gail Carringer at my favorite author at writing memorable dialogue in steampunk.

Do Airships Automatically Make It Steampunk? 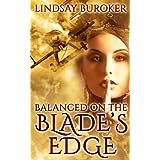 Probably my biggest annoyance with books that are categorized as steampunk is the idea that all you need are some airships to call your story steampunk. That’s not to say that some of these books aren’t enjoyable – they are – but they’re just not really steampunk.

For instance, I am currently reading Lindsay Buroker’s Balanced on the Blade’s Edge and it is categorized as steampunk. It’s got zeppelins and so far that’s pretty much it on the steampunk front. It’s more of a fantasy-romance book, to be honest. And if you take a look at the best sellers list right now for steampunk, you’ll find Buroker’s three-book collection of this series sitting at number one. Maybe the other books are more steampunk? I don’t know. Or, maybe steampunk elements is enough these days to classify a book as straight up steampunk.

I’d love to read more really great steampunk, even if it is steampunk-lite like most of the books I keep picking up. If you know of a really great book or four to suggest to me, then please let me know about it in the comments, on Twitter or via this site’s contact page.