As a fantasy reader, I know that there is certainly no shortage of great new fantasy novels available to add to your Kindle or bookshelf. However, there are some great ones from the 70’s and 80’s that a lot of people were either too young to know about, not yet born or just missed out on entirely. Yeah, there are some classics like Lord of the Rings that everyone knows about and goes back to read.

But what about all those other gems from a few decades ago?

Take our advice and step away from that fantasy book bundle on your Kindle and check out some of the older fantasy books featured below. You can probably read most of them for free if you have a library card. And who knows, you just might find a new favorite from the authors and titles we’ve shared below. 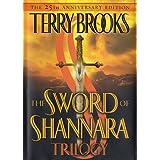 I know what you’re thinking – everyone already knows about Terry Brooks, right? Well, I happen to know a 25-year-old SFF reader who just recently discovered this series. I know, it’s sad, but hey, at least he found his way.

As someone who grew up in the 80’s, this was probably the first fantasy series that I picked up from the local library. I was instantly hooked to the exciting world that the author created. And as I look over the suggested reading order for all of Brooks’ novels, I see that I have a lot of books to go back and read (or re-read) myself!

These books are available pretty much everywhere – including used bookstores. I suggest that you save yourself some cash and either schlep down to the local library or get a used copy from Amazon or a local used bookshop. 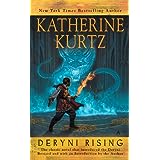 If you’re a fan of historical fantasy, then you should probably take a look at the Deryni series from Katherine Kurtz. Though not nearly as much of a household name as Brooks, she should definitely be recognized as one of the great female authors writing fantasy novels.

Kurtz has created an interesting world that’s made up of Kingdoms that resemble medieval England, Wales and Scotland. You’ve got magic, war, a race of non-humans – what more do you need in a good epic fantasy series?

The first book in the series is Deryni Rising, and if you like that one then there’s tons of other novels for you to devour on a lazy afternoon. Like the Brooks’ novels above, I suggest you save some cash by getting a used copy from Amazon, a local bookshop or the local library. There’s a good list of the books in order on Wikipedia.

It’s also worth mentioning that books are STILL being released in this series! You can get more info in a recent interview with the author. 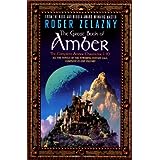 I think if you talk to anyone who grew up reading fantasy novels in the 70’s and 80’s that you’re likely to get Roger Zelazny’s Amber Chronicles series on a short list of favorites.

Made up of 10 different books, right now you cannot get these in ebook format. And, you can’t even find most of the single books in print. I know, bummer, huh? The good news it that you can easily get the collection of all the books in a paperback.

For those on a budget, you can buy this collection used on Amazon or see if your local library has it. Rumor has it that the series is coming to Kindle at some point in the future, but no one knows how long that wait might be at this point. 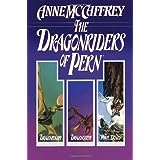 Anne McCaffrey’s Dragonriders of Pern series is another great old school fantasy book favorite. Sure, this one has some definite sci-fi elements to it, but it is still a great fantasy series.

There are several books available in this series, and it looks like all of them are available on Kindle, if you prefer to read ebooks.

As popular as this series was in the 80’s, you should definitely be able to find a copies at the local library. Or, get them from Amazon’s used marketplace. 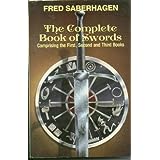 Author Fred Saberhagen’s Book of Swords series is another one of the greats from the 80’s.

The world that Saberhagen has created is very easy to get into. There are 12 swords, all forged by the gods themselves. And each sword is unique in that it offers a special ability to whomever wields it. If you haven’t read these, then you’ve got to give them a try and see why they’re such fun reads.

Unfortunately, they don’t appear to be available in ebook version right now, but you can still buy them new or used in the print versions. As with the other books, I say hit up your local library for a copy or get a used copy from Amazon or a local shop. 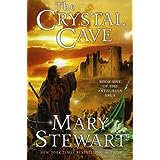 So, if you want to save some cash, consider buying the Merlin Trilogy collection and then you’ll only have to get the last two books separately.

It looks like each of the individual books are only available as ebooks in the United Kingdom and not the United States, but you can buy the print editions, or peruse the shelves at your local used bookstore or library for the cheapest way to read these. 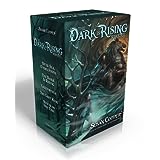 Another great five-book fantasy series that is worth a read (if you haven’t already devoured these books) is Susan Cooper’s The Dark Is Rising Sequence.

Man, just thinking about these books makes me want to stop right now and give them a read. They are rich with Welsh and Celtic legends and just damn good fantasy books. They truly are infectiously good. If you haven’t read them, then be prepared to put everything on hold cause you won’t want to stop reading once you start!

I think that technically these are meant more for a YA audience, but they’re kind of like the Harry Potter series where they’re just as awesome for adults.

Right now, there is a really cool paperback and hardcover collection of all the books that you can buy on Amazon for a reasonable price. Of course, if you don’t want to commit to that, it appears that you can pick up each book in Kindle version. Or, just get a used copy on your own.

Well, those are really all the ones that I can think of right now. But, if you want a longer list of books to choose from, then I suggest checking out the following links:

Obviously, those are curated lists where people vote for their favorites, but it’s a pretty decent place to start if you’re really interested in the popular fantasy books from those decades.

And, if you have a book or series from the 70’s or 80’s that you loved, feel free to share it in the comments.